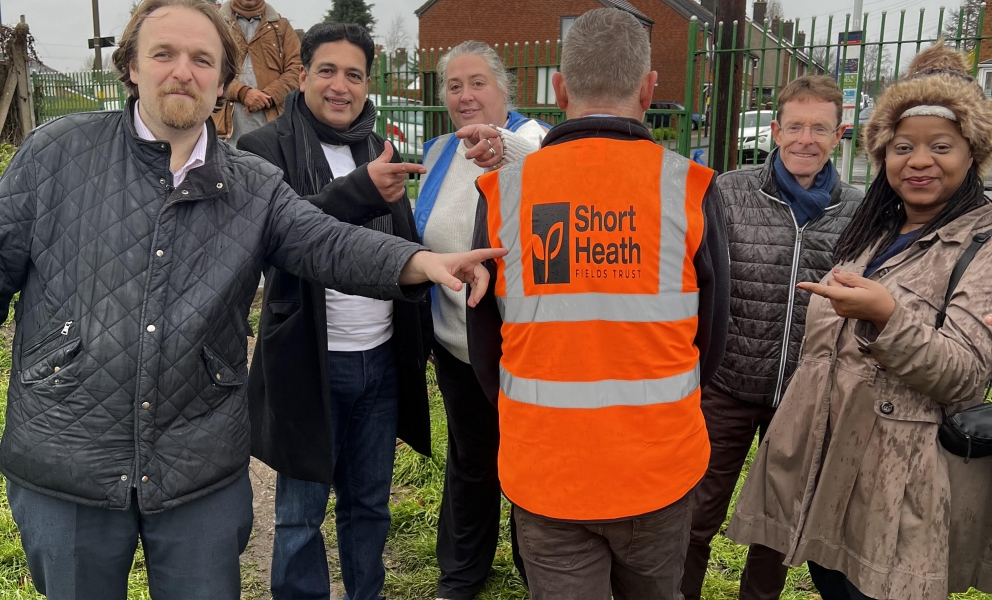 Add your name to the fight to protect Short Heath Park below and see what Local Cllr Robert Alden and Mayor Andy Street had to say below.

"What I hope will happen is that it moves into the Parks Department and can then be developed, as the team on the ground here have said, as a facility for the community. I hope that the Council will still see that is the right thing to do.

(Now campaigners should) keep lobbying, to keep making their voice heard – particularly as this is the year of elections in Birmingham so it’s really important."

Erdington Ward Councillor, Robert Alden, opposed the development on Short Heath Playing Fields when it was first identified in the Birmingham Development Plan and also joined Andy Street on the playing fields. He added

“This is a great first victory, but it is very much only the beginning, not the end. There’s a long battle ahead – residents have been brilliant at coming together and now it’s really clear the Council need to move this into the Parks Department rather than the Education Department, guarantee it won’t be sold, and allow the residents here to take ownership of this site and put it into use just like the local community wants."