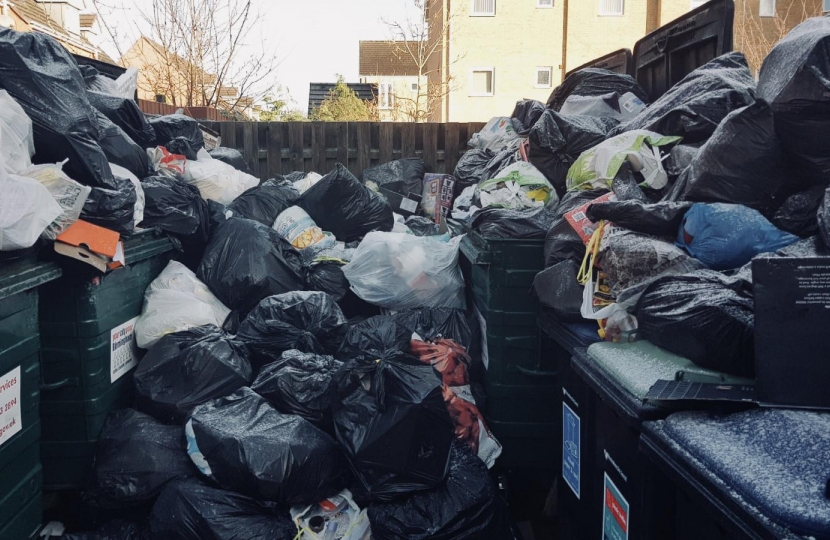 Labour run Birmingham City Council have rejected calls from residents and the Conservative Opposition Group to provide compensation to residents where they have had to pay for private waste collections because the council has failed to deliver the services. Instead of allowing a debate at the full Council meeting Birmingham Labour Councillors instead voted to finish the meeting 45 minutes before the planned finish time and voted against giving compensation to affected residents.

At the start of the Council meeting Cllr Gareth Moore presented a petition from almost a 1000 residents calling for compensation.

“Across the city, in both deprived and more affluent wards, I am aware of examples of residents who have had to resort to paying to get their streets cleaned after the council’s failure left them with a choice of paying out of their own pocket or allowing their street to fester in filth. These people have already paid for this service through their council tax and general taxation and it is a statutory duty of the council to deliver it.  Compensation in these circumstances is surely entirely justified, particularly given how long the shocking under performance of this basic service had been going on for.”

The motion was put to a vote at full Council on 9 July but despite the meeting finishes 45 minutes ahead of the scheduled finish time, Labour Members voted to leave early rather than stay and debate the issue and instead voted against compensation without discussion.

“Labour’s continued refusal to acknowledge the impact on residents of their failure to deliver a reliable bin service, even where this has resulted in residents incurring additional costs, shows the contempt in which they hold the people of Birmingham. Tonight they chose to give themselves an extra hour off ahead of staying to defend their decision to block this request from residents. Of course if they got the service right, as every other council up and down the country seems to manage, there would be no need to even think about compensation but this abject failure has been going on for so long now, and shows no sign of any imminent improvement so residents are absolutely right to be demanding compensation where they have been left out of pocket. “

The Prime Minister's statement on the death of His Royal Highness The Prince Philip, Duke of Edinburgh