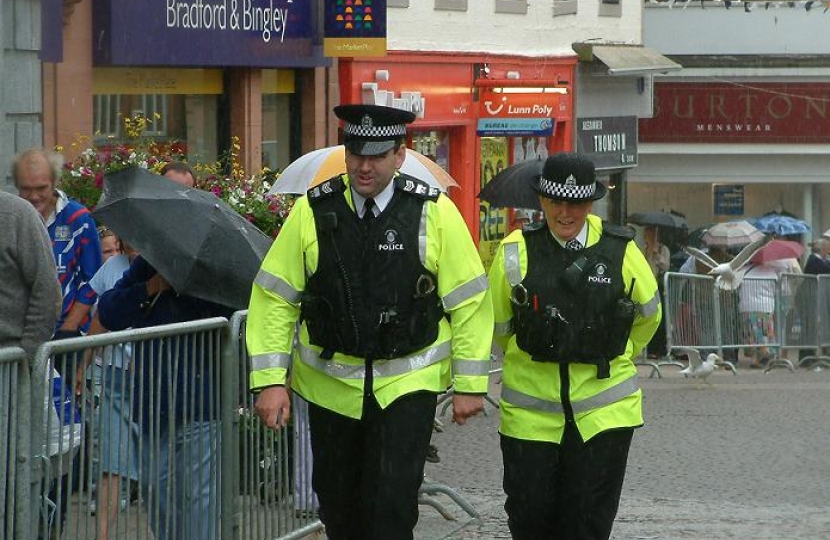 Conservatives have decided to chose their West Midlands Police and Crime Commissioner candidate by Open Primary.  This allows any member of the public to participate in the vote, not just party members.

Jim Cooper, Chairman of the organising committee, said “The new Police and Crime Commissioner will be elected to represent the views of the public – we believe the public should have a voice in selecting our candidate.

"The Labour Party have restricted the choice to their members only – and they have selected someone who has already been a member of the Police Authority for 27 years! Where are the new ideas?”

Matt served as a Councillor in Birmingham for Stockland Green ward from 2008 to 2012 where he worked hard as a ward councillor to bring about improvements in his area, including working with the neighbourhood police team to reduce crime. In his last year on the Council Matt was appointed Executive Member for Children’s Social Care and served as part of the council leadership. He oversaw a major programme of change in Children’s Social Care, which has led to improvements in the performance and reputation of a service that had been failing for many years.

Matt is 36 and lives in Edgbaston. He has spent most of his life in Birmingham, having been brought up in Sutton Coldfield. His career has been in public and voluntary sector management, working for organisations such as action for Children and the Legal Services Commission, and has been responsible for commissioning services and managing contracts. He currently works on a freelance basis as an interim manager.

Joe completed a full 30 years Police service in the West Midlands retiring as an Inspector in 2002. For the last five years of his service he was one of the best known Police officers in the country, as a National Police Federation official working in London and then as the West Midland Police Federation Chairman. Operationally he saw service throughout the West Midlands and worked in a number of specialist positions in the Traffic Department, Plain Clothes, Special Patrol Group and the Training Department. He received a total of nine Commendations for Outstanding Police Work.

On his retirement he was appointed the Deputy General Secretary of the National Association of Retired Police Officers. In 2005 he fought Birmingham Selly Oak in the General Election. Joe was elected to Solihull Council in May 2007. He was re-elected in 2011 with both the largest personal vote and majority of the seventeen seats up for election. For the last fifteen months he has been the Cabinet member for Education, Children and Young People.

Joe lives with his wife Joan, also a retired Police officer, in Solihull and they have a daughter Hannah. Joan works for the National Illegal Money Lending Team which is based in Birmingham and Hannah is soon to be a trainee barrister at a Birmingham chambers.

To register to vote in the open primary: