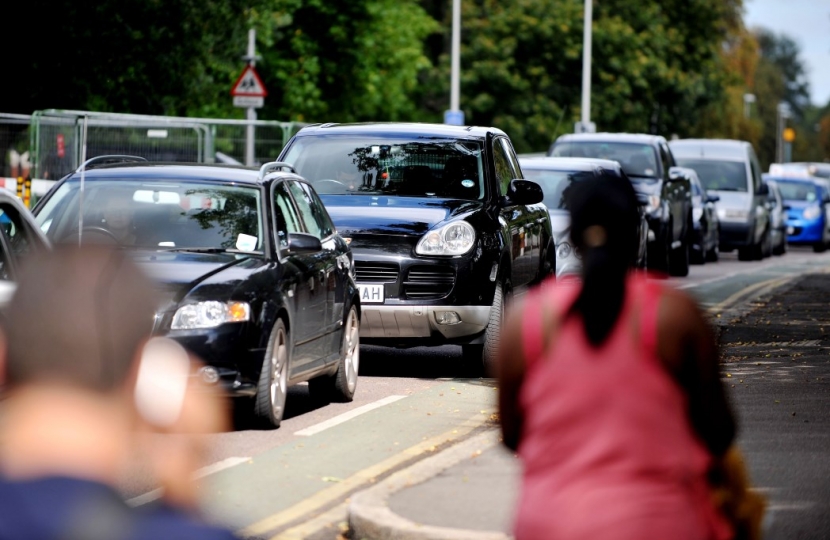 Birmingham Conservatives have announced they will axe Labour's planned congestion charge if they take control of Birmingham City Council in the all out elections of May 2018. Labour have confirmed they are considering plans to introduce a congestion charge across Birmingham that would cost drivers around £2700 a year to travel into Birmingham.

These plans have been revealed after Cllr Ian Ward the Labour leader of the Council told the Birmingham Post and Mail that he "won't rule out a congestion charge" and "we are going to have to look very seriously to bring forward proposals".

Don't just sit back and wait for Labour's congestion charge to happen. Click here and sign up to help Conservatives take control of the council next May.

Numerous studies since the introduction of the London Congestion Charge have shown the the congestion charge has either not actually decreased air pollution or improved air quality or had only negligible impacts across the capital.

A study in 2008 by Frank Kelly of Kings College, reported in the New Scientist said:

“The scheme never really had air quality or people’s health in mind,” says Kelly. But to gauge whether the fee might improve the air, his team collected air quality measurements over two years before and after London began levying the charge.

Kelly’s team noticed little change in pollutants such as smog, diesel soot, and carbon monoxide. Levels of nitrogen oxides increased slightly – Kelly thinks this was because of filters on diesel buses that trap soot, yet spew out the gases."

"Weekday Roadside. Based upon the limited data available from within the CCZ, we found no evidence to suggest that the implementation of the CCS was associated with a change in roadside concentrations of NOx, NO, and NO2, within the CCZ relative to the control area during the hours the CCS was operated.

Weekday Background. We also found little evidence to suggest that background concentrations of NOx measured during the scheme’s operation had changed relative to the control area after its implementation. This finding was based upon data from three monitoring stations within the CCZ and seven in the control area"

A regression analysis carried out by Marco Percoco called Effects of the London Congestion Charge on air quality concluded:

"Overall, in terms of pollution concentration of the whole City, our results suggest that the congestion charge has had limited or even adverse impact, possibly because of the spatial diversion of traffic".

Leader of the opposition Cllr Robert Alden, who studied air pollution control and management at the University of Birmingham, said "We desperately need to improve air quality across Birmingham, yet instead of actually putting together plans to make the air we breath cleaner Labour are just trying to introduce a £2700 a year congestion charge that won't actually improve air quality in the way we need. When you combine that with them approving building on at least 8 acres of parkland a year last year and the cutting down of trees across Birmingham you can see that instead of wanting to tackle air pollution Labour are more bothered with taxing residents - not finding actual solutions. Time and again reviews of the London congestion charge have highlighted that you cannot attribute the congestion charge to any improvement in air quality. A congestion charge is the simple solution for a politician more interested in looking like they are doing something rather than thinking out the box to actually find a solution that will help Birmingham and her children breath now and for the future".

Robert added "in the run up to May 2018 we will be announcing our wide ranging plans to deliver cleaner air and a higher quality of life and improved environment for residents to live, work and rest in. Plans to deliver the city and environment Brummies deserve. On May 3rd next year residents will have a choice between Labour and their congestion charge or the Conservatives and our positive vision to deliver a greener environment and clean air to breath for everyone".

Don't just sit and wait for Labour's congestion charge to happen. Click here and sign up to help Conservatives take control of the council next May.