Council Fails To Hit Its Own Affordable Housing Requirement 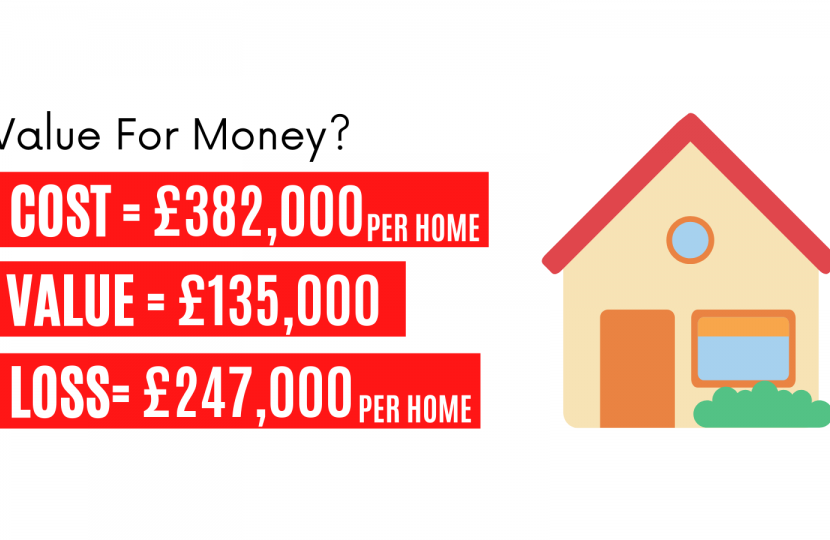 The Council’s Athletes village scheme, already draped in scandal for not housing any athletes, now also fails to deliver the Council’s own requirement for affordable housing. The revelation revealed in papers released ahead of the cabinet meeting next week comes after the Labour Council Leader said the redesign of the scheme was an opportunity to review the level of affordable housing. However, all that has transpired is the moving of the 57 homes to a different plot to increase the marketability and not a single additional affordable home being added. This is despite the Council’s own development plan setting a 35% target for affordable homes on all new development. Questions will be asked of how the council can enforce this rule on other developers when it routinely ignores it itself.

Further details demonstrate just how eye wateringly expensive the scheme is to deliver. With 1,414 new homes being built, at a cost of £539.852m, this equates to £381,000 per home, the majority of which are flats. However, a one-bed new build on the new Perry Park View development up the road is on the market now for £135,000 presenting a potential £246,000 per home loss.

Group Leader, Cllr Robert Alden, commented on the release saying “We hear a lot of rhetoric around the legacy of the Commonwealth games from the Leader, but these papers show just what the legacy of a Labour council is. Wasted taxpayer’s money that our children and grandchildren will be burdened with and a failure to address the housing crisis in Birmingham”

Councillor Ken Wood, Shadow Cabinet Member for Homes and Neighbourhoods said “If the council had the will to regenerate Perry Barr they could have done so, none of the money paying for it is coming from money allocated for the Games,  and they could have done so significantly more cheaply and provided more affordable housing as a result.

The Leader refused to listen to our initial advice to use existing student accommodation for athletes, then rushed to sign massive contracts without proper scrutiny when the impact of the pandemic was already becoming clear He has also failed to properly manage this project and its risks from the outset which was already well-off track before anyone had even heard of Covid. This has resulted in no athletes village, a building site next to the stadium during the games, and a housing scheme that is staggeringly poor value for taxpayers and no way near good enough for the residents of Perry Barr.”