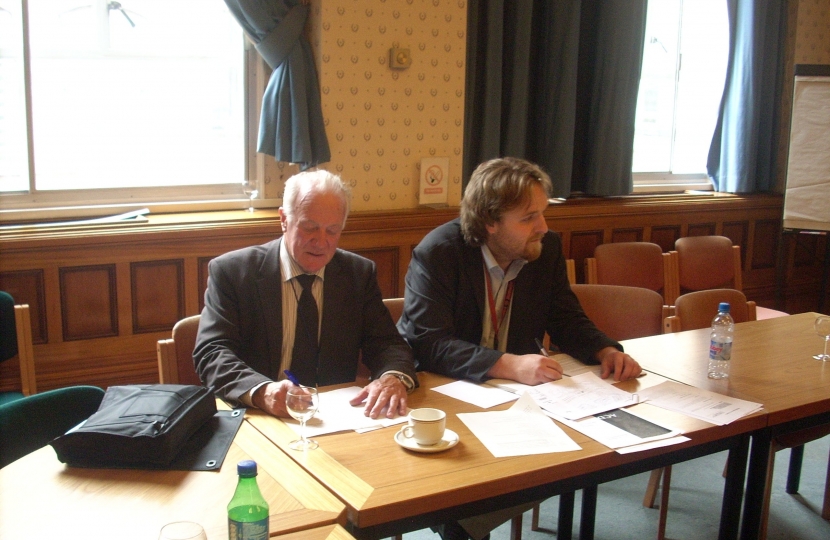 This week has seen the National Planning Inspector kick out an appeal by Banner Homes to be allowed to build in the gardens of 141 – 147 Grange Road, Erdington. The planning appeal hearing in May was attended by Cllr’s Robert Alden, Bob Beauchamp and Gareth Moore (all Erdington Ward, Conservative) who along with local residents and City Council Planning Officers put the case for upholding the City Council’s decision to reject the application last Christmas and attended the site visit on the appeal day.

Cllr Robert Alden (Erdington, Conservative), who has been leading the fight with local residents to stop this development, said “We are delighted that the Planning Inspector have rightly thrown out this application. It was entirely unsuitable for the local area and would have had a very negative impact on the local community. This development would have led to a loss of garden space, it would have created a very dangerous junction onto Grange Road and would have been completely out of character with the local area”.

Cllr Gareth Moore (Erdington, Conservative) commented “it was made quite clear to the inspector through the two petitions we had collected, the letters residents and ourselves wrote in to object and the posters in people windows that this application was deeply unpopular locally”.

One of the key reasons that held weight with the Inspector, according to his report was the City Council’s Mature Suburbs Protection Policy. This policy was introduced by the Previous Conservative led City Council to try and protect historic and mature areas of the City from over development.

Cllr Robert Alden added “thank you to all the residents who signed our petitions, wrote in letters of objection and put up posters without your help we could not have defeated this plan to build on gardens in Erdington”.

"thank you to all the residents who signed our petitions, wrote in letters of objection and put up posters"