Hundreds back campaign to limit house conversions to HMO's in Birmingham 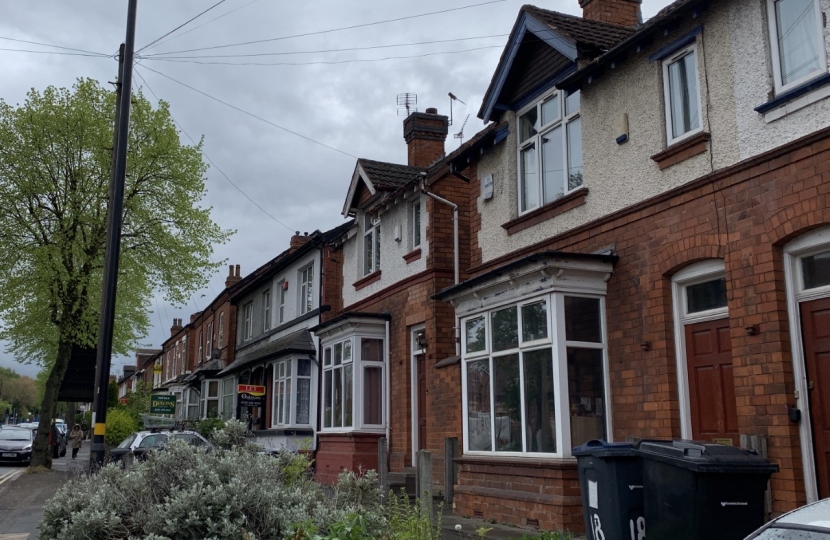 Hundred’s of Birmingham residents have signed a petition calling on the City Council to do more to stop the proliferation of Houses of Multiple Occupation that have been damaging communities across the city and reducing the availability of good sized family homes. The petition comes after the council relented to years of Conservative Group campaigning on the issue by agreeing to consult on a city wide article 4  directive that would remove permitted development rights for HMO conversions.

Following years of campaigning from the Conservative Opposition, Birmingham City Council are set to approve measures, at cabinet on Tuesday, to restrict the growth in the number of Houses of Multiple Occupation (HMOs) via a city wide Article 4 Directive that will remove permitted development rights for the conversion of family homes.

“Through this petition, residents have said loudly and clearly that they support our proposals for a city wide article 4 directive and I would urge the Council to ensure this now happens.

Robert added "It is also important to remember many of the HMO's created currently have rooms which are far below minimum standards and would never meet approval if they had to go through the planning process. This is about ensuring people have decent standard accomidation to live in as well as protecting the character of Birmingham's mature suburbs".

The Article 4 Directive will not stop HMOs being built entirely but vitally it will mean that they have to be considered through the Planning process, meaning their impact on the local area can be properly considered. As well as calling on the council to take action, the Conservative Group have also been lobbying the Government at Westminster to give more powers to councils to restrict their use, as well as appropriate levers to promote the re-conversion of HMOS to family homes and the Local Government Association about the need to tackle the problem.

“HMOs can undermine the character of an area and the police have also often raised concerns through the planning process in relation to HMO conversions because of the impact they can have on community cohesion and safety. The problems that are created by anti-social behaviour and street cleanliness negatively impact on neighbourhoods as well as pushing up costs to tax payers through their council tax bills. Moreover we have been increasingly concerned that in a number of areas in the city there is a shortage of quality family housing and the conversion of family dwellings to HMO properties exacerbates this problem. An Article 4 Directive is one step the council can take now to help the situation in Birmingham but we are also clear that more needs to done both locally and nationally to restrict their proliferation and mitigate their impact.”

Residents can still sign the petition by going to: https://www.birminghamconservatives.org.uk/campaigns/hmopetition

Today we have published our Covid-19 UK Vaccines Delivery Plan, setting out how we plan to deliver the biggest vaccination programme in British history, to protect all those who need it most as quickly as possible.