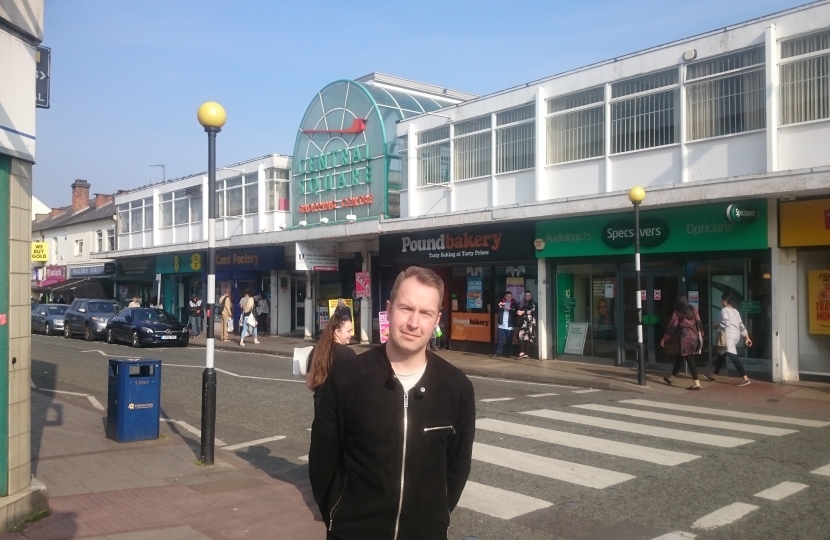 The Government has today announced that Erdington has got through to the next stage of the national future High Street Fund. The scheme was set up to help support High Streets and transform them for the 21st Century. Erdington is the only site within Birmingham to have succeeded in getting to stage two of the funding process. This will be decided early next year. Getting through to the second stage brings with it grant funding to help the full business cases now be worked up to help secure and deliver the total funding.

Erdington Conservative Councillors Robert Alden and Gareth Moore have been working with the Erdington Business Improvement District and Birmingham City Council to apply for around £16m worth of funding from the Future HighStreet Fund program to transform Erdington High Street.

The Erdington application has received support from a wide range of stakeholders including Birmingham YMCA, New River Retail, Greater Birmingham Chambers of Commerce and the Mayor of the West Midlands Andy Street as well as local businesses and residents.

Cllr Robert Alden, a director of the Erdington Town Centre BID, said "It is brilliant news that Erdington has got through to the next stage of the Future High Street funding process, the only application in Birmingham to get to stage two. Now we will be working doubly hard to try make sure we clear the final hurdle and secure the money to start our transformation of Erdington High Street. Erdington is a great place to live, sadly the High Street, while still a very busy place with over 500,000 visitors a year, is not as thriving as it once was. That is why we have been working with partners from across the area to pull together this excellent bid to transform our home".

Robert added "I am delighted that so many partners have come together to help support this bid to transform our High Street. It is desperately needed and something we have been pushing for year,  the BID manager Terry Guest has done a brilliant job and hopefully this bid will be successful and then the plans can be delivered."

Terry Guest the Town Centre Manager said "Theses are exciting times for Erdington with the prospect of town centre regeneration in full view, and we look forward to presenting our business case to the government"

West Midlands Mayor Andy Street said "I am in full support of this bid, there is real ambition in these proposals. Erdington has come together behind this bid both from private and the public sector. These places must be clean and green and safe and secure for people to spend time in".

The proposals put forward as part of the bid include:

Cllr Gareth Moore (Erdington, Conservative) said thank you to all the residents who took part in the consultations about the vision for Erdington last year and earlier this year. The data from those responses has formed a key plank of support for the bid and help demonstrate one of the key criteria that there is local support for delivering change. As always we will be keeping residents updated through the two stage bid process and you can find out more by liking facebook.com/ErdingtonNews".

The Future High Streets fund is part of a £675m pot nationally the Conservative Government announced last autumn as part of a range of support for High Streets including 1/3rd cut in Business Rates and creating a High Street taskforce. Successful bids at stage one get revenue funding to go towards full business case for stage 2 later in the year. Bids that are not successful this time get a second chance to apply next year.

Details of the Governments announcement can be found here:-

Today we have published our Covid-19 UK Vaccines Delivery Plan, setting out how we plan to deliver the biggest vaccination programme in British history, to protect all those who need it most as quickly as possible.