Member of the European Parliament for the West Midlands

Anthea is far from your average MEP. With a formidable background in business and an impressive track record in community and voluntary work, she's also highly experienced in politics. A champion of pragmatic conservatism, Anthea has been a lifelong member of the Conservative Party.

Anthea took her seat in the European Parliament in December 2011 and was appointed as the Conservative Employment spokesman in January 2012.  She currently serves on the Agriculture Committee also.  Anthea is active in her local community and is a former County Secretary of the Federation of Small Businesses.

Anthea lives with her husband, Frank Myers, in Herefordshire where she is also a partner in the family’s agricultural small-holding.

- Placed second on the West Midlands list for the 2014 European Elections and was re-elected May 2014.

- Ranked first in the Member’s Ballot for European candidates, Anthea was placed third on the West Midlands list for the 2009 European Elections. Anthea was   elected as a result of the Lisbon Treaty and took her seat in Dec 2011.

- As Regional Chairman, led the successful 1999 European Campaign that saw the Conservatives win four seats in the West Midlands.

- General Election Candidate 1997 in Redditch - built up the organisation in the new parliamentary constituency.

- Member, Hereford and Worcester County Council 1977-85. Won the seat from Labour and was youngest County Councillor in England. Served on Education and  Strategic Planning Committees and chaired Youth and Careers Committee. 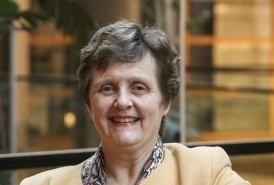