I grew up in Kenilworth, and I am a graduate of both Coventry and Warwick Universities. Having been educated in the region I have also spent most of my working life in the West Midlands. I was a professional cricketer for Warwickshire County Cricket Club and ran my own cricket coaching company, working with many schools and clubs around the region. I still coach in my spare time and led a sports project in Rwanda for the Conservative Party, known as Project Umubano.

Outside of my work with young people in cricket I have also written a number of educational musicals for children and helped to produce and market historical musical plays related to Key Stage 2 national. Working with young people will continue to be a focus of mine as an MEP, both in the West Midlands and as a Member of the EU40 project in Brussels, a network of younger MEPs aimed at engaging young people in politics.

Prior to becoming an MEP in January 2015 I was a candidate for the Conservative Party in the 2009 and 2014 European elections.

My role as your MEP

I see my primary job as an MEP as representing the West Midlands region in Europe, championing West Midlands businesses, and making sure the region’s voice is heard in the institutions in Brussels and Strasbourg.

A key aim of mine is repatriation of powers to the UK, and a reformed relationship with the EU. I will oppose new legislation which increases the EU's powers or increases the cost of doing business in Europe.

A main part of my day job as an MEP is working on the European Parliament’s committees, the central policy organs which scrutinise and re-shape legislation produced by the European Commission, and make suggestions for new legislation.

I am on the Internal Markets and Consumer Protection Committee, where I have been appointed as the Coordinator (lead negotiator) for my political group, the European Conservatives and Reformists (ECR) Group.

My job on that Committee is to push forward the drive towards a truly single market, breaking down the barriers to trade which companies in the West Midlands frequently experience when trading across Europe, helping increase competitiveness and boosts jobs and growth.

I am also a member of the Transport and Tourism Committee, an area of European policy with a significant impact on the West Midlands, sitting as it does at the heart of the UK’s transport network. On that Committee I will be working to encourage infrastructure improvements and promoting the interests of Birmingham Airport, whose continued success benefits the wider regional economy enormously. 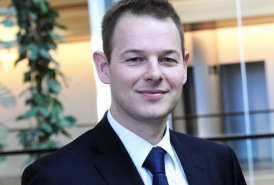