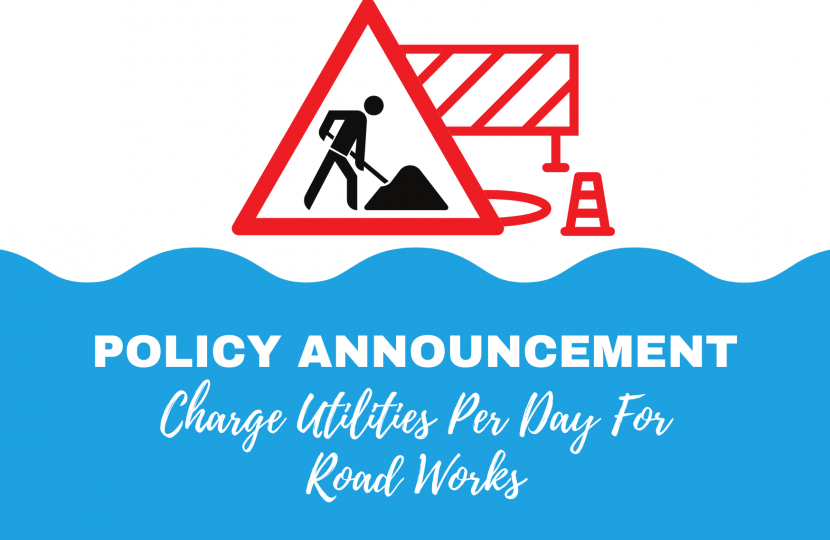 The idea of lane rental schemes involves highway authorities charging any works promoter carrying out any works in the street for the time those works occupy the highway. Powers to levy the charges, focused on the very busiest streets at the busiest times, were permanently passed down to local authorities in 2018 after the national pilot was deemed a success. Charges apply to works promoted by both utility companies and highway authorities on the road network with the focus being on reducing the time cones, temporary lights and closures that disrupt drivers’ routes.

As the road network bounces back following the Covid-19 pandemic and people returning to offices the introduction of the scheme could see commuters’ journeys less disrupted and their engines running for less time reducing the impact on the environment. The scheme had been in the Conservative Group's alternative budget for the last few years but had been rejected by the Labour administration. Introducing the scheme could see a maximum daily lane rental charge as high as £2,500. The scheme also allows for higher rates of charges to be levied (subject to the £2500 maximum) if works are deemed to be remedial due to the avoidable nature of this type of work.

Any money that is made from the scheme must be ring-faced for other transport-related activities and so the Conservative Group is also calling for the extra money to be ringfenced for the sole purpose of filling in the cities growing problem of potholes. As of 2019 in Birmingham, there was an average of 8.60 potholes per kilometre which saw the City the 13th worst in the country with little improvement seen or felt since the data was released.

Group Leader Cllr R Alden said “Introducing a scheme like this is more important than ever as we see traffic within the city bounce back to near pre-pandemic levels. Far too often we see companies using more of the road than is really needed which impacts the road network and increases congestion and delays. The scheme also allows some money to be put back into the council’s coffers to help reduce the burden from the taxpayer. We urge the council to consider introducing this scheme just like many other councils across the country have done and use the money to fill potholes.”

He added “Kent County Council, who have introduced a scheme, accrued £2.7 million of surplus revenue in 2018/9. If implemented here this would be a great additional funding source to get our pothole crisis fixed.”